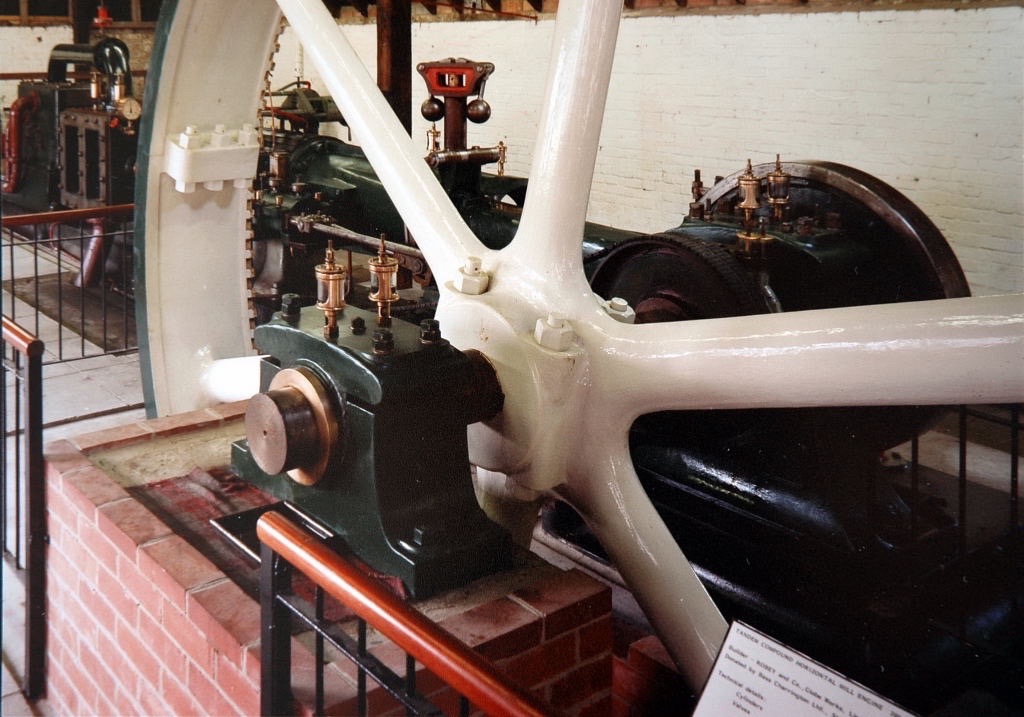 This engine is a classic example of a tandem compound mill engine,
a design that was widely used in industry at the turn of the 20th century.

In a compound engine with a condenser, steam performed work in three stages.
High pressure steam from the boiler first worked on the piston in the smaller cylinder.
Rather than allowing the exhaust steam to go to the atmosphere,
it was piped to the second larger cylinder, where more work was performed.
Exhaust steam from this cylinder was led to the condenser, where a spray of cold water converted the steam to hot water.
This created a vacuum on the exhaust side of the piston thus extracting more work from the steam.

This particular engine spent its working life at the Bass Charrington Maltings at Sleaford.
It was one of a mirror pair of engines which ran the entire factory for alternate six month periods.