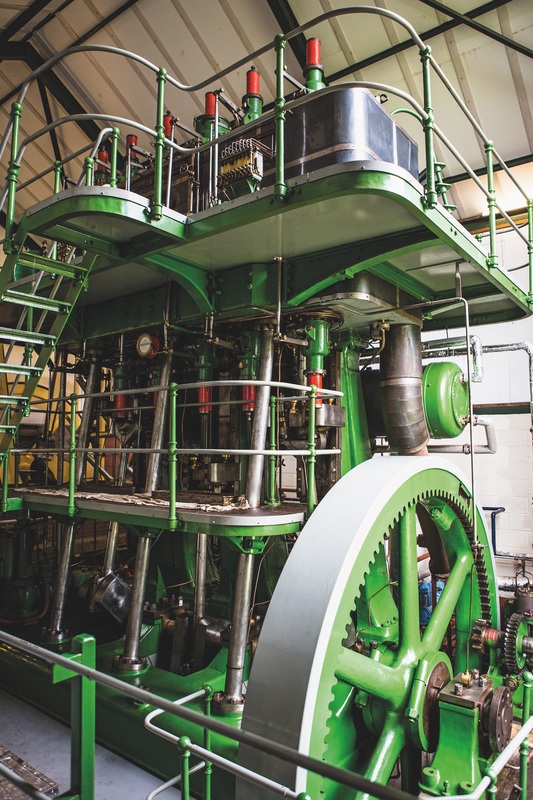 The Dover Engine was the last large water works engine to be built by Worthington Simpsons and probably the last steam engine to enter service in the water industry in this country.
Although the engine, one of a pair, was completed in 1937, it was not installed at Dover until 1954. Installation was delayed by the second world war.

The pumps driven by the engine lifted water a total height of 420 feet at a rate of 96,000 gallons per hour.

The well pumps were driven by a three throw crank shaft coupled to the main engine shaft.
Three ram pumps situated underneath the main engine bed and driven by four rods attached to the cross heads,
forced the water on and upwards to the reservoir.

The Folkestone and District Water Company, owners of the engine, had intended it to be scrapped.
However, approaches were made by the Forncett Museum,
and we were able to purchase the engine for a nominal sum and to move it to Norfolk.

Work on dismantling the engine began in February 1977.
A team from the water works, with help from Worthington Simpson, completed the job in eight months.
It took some 30 trips in lorries to transport all the parts of the 85 ton engine from Dover to Forncett.